Basista System Of A Down w nowym zespole North… 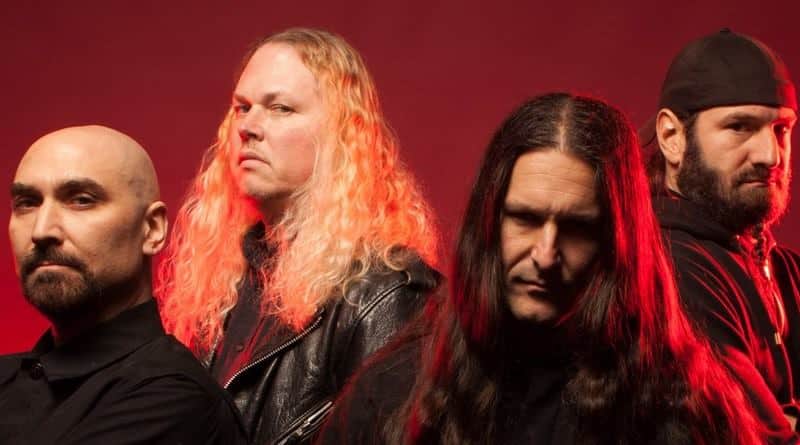 Ross Dolan: Hey, Michael, how are you?

Michael Bentyn: Hey, how’s going, how’s on your side?

Ross Dolan: Good, good, sorry I’m little late, the last one went a little over, so…

Michael Bentyn: That is no problem! So, i’m from Metalnews Poland, shall we begin?

Michael Bentyn: OK, so, next month you’re going to release brand new album. How is the spirit in the band just before this event?

Ross Dolan: Great, man, we’re in the really good place right now. I mean we recorded a new record back in june, and, you know, we kinda sitted around for a couple months, nobody heard it until now, so this is really the first time that we are getting feedback about the album, about the music, ‘cause the only people up to this point whose heard it been just a couple people in the label and ourselves. Now we’re getting feedback from the press, from everybody whose heard it now, and this feedback was overwhelmingly positive, so I think we are in really good place right now. Because, you know, you always worry, you always hope people will enjoy, you are always very critical on your work, so we finally get some positive feedback and people are really enjoying it. You know, we are in much better place, I think, and we have, you know, better spirit (laugh).

Michael Bentyn: Sure! I’m just after listening to the Atonement, so what can you reveal to the public about the new album before it’s release? How from your perspective the band has evolved during the last years?

Ross Dolan: I don’t know, I think the whole processes and evolution from the first album until now, I mean we are constantly evolving, you know, we are never gonna create a perfect record, ‘cause it dosesn’t exist, so we’re gonna to continue build on each release and make every next release better and better and better, as best as we can. Sometimes we don’t quite succeed, sometimes we create a great album, but we always feel that we could be better and better. But with this one, I think everybody in the band is really happy with this one, which is rare. Usually there is always something we don’t like on each release, but with this one, I think we like this one overall. We are happy with the music, the songs on this album are very dark, very strong, each song has so many Immolation elements and on every song of the record I think the production is our very best of all the records. And lyrically is such a dark album, it’s very relevant to the Times. Everything together – the look, artwork, the feel, everything really came together on this album very nicely, so we are very happy, very positive on this record and I hope the fans will really appreciate this one. I think they will. If I could something to the fans I would say it won’t be disappointing. It’s a combination of our earlier work and our newer work. It’s the best blend of all our releases together, it has something for all of our fans, old and new.

Michael Bentyn: That’s great to hear you are happy about it, but what about the previous LP, the Kingdom of Conspiracy, which came out over three years ago for now? What can you tell me about the fanbase response on the live shows you had on the tour promoting that LP?

Ross Dolan: The response was great, I mean the kids loved the Kingdom, we’ve talked to so many people at the shows and everybody loved Kingdom, that it was very aggresive, very intense album, which it was, they loved the idea, the concept behind it lyrically and I think the kids really appreciated the lyrics, they really appreciated the fact that we touched on very dark subjects, very real and very relevant to the times without crossing that line and becoming a political agenda, it was really just a commentary and we used a George Orwell’s 1984 as kind of an inspiration for that and we kind of applied that to todays time. Overall I think Kingdom received really well, actually the press really liked it. There were couple things about the album that we would have liked to change, most of that is mainly in the production, for example we knew that drums on Kingdom needed to be adressed when we started doing Atonement, so wanted drums on this record that wasn’t as mechanical and overproduced, processed sounding as on Kingdom. The main criticism from the fans on that album was the production, that was one of the main things we adressed when we were moving forward.

Michael Bentyn: For me Atonement sounds much darker than the Kingdom of Conspiracy, althogh contains more melodies and lead guitar solos. Was it your intention to make this record more atmospheric in the case of sound?

Ross Dolan: It’s hard to say whether was it direct intention, we always try to make each release dark, haunting and aggresive, we try, but creative process dictate to us, we don’t dictate creating procress, it pulls as along, you know, when all the songs are written it is what it is. We try, but sometimes you have no control which way the writing process take you. With this one I will agree that it’s much darker album, overall, musically and lyrically and it does have more melody, but dark melody, not anything that doesn’t fit. It’s just dark melodies that work really well in the songs. And it gives nice, darker atmosphere, like you said. We had more time with this record to really craft the songs, and make them to be what we wanted. We started to write this record in early 2015, we had couple of roadblocks on the way. The silverlining and those delays was the fact we did have extra time to really work on the songs and I think this extra time really helps us to create something that was much darker and, again, very aggressive and haunting, so I think it’s the best of our works, really.

Michael Bentyn: So what was your main inspiration? And can you after all these years in Immolation clearly say what inspires you the most and how it changed during the whole Immolation existence?

Ross Dolan: I think inspirations comes from weird places, we are usually inspired by just the world around us, especially today you have so many informations out there every day, you just got bombarded with informations in the internet, your smartphone, on the radio, newspapers. There is inspiration everywhere and you cannot just predict whet it’s gonna come, it’s just comes in weird time. I get inspired sometimes at work, and I have to write things down, so I wouldn’t forget tchem, same thing with Bob when he’s writing songs, sometimes he sits there for hours and hours and have no inspiration, come up with nothing. It’s very hard to really predict where it’s gonna come from, it just comes, and you have to be ready for it, no matter what (laugh).

Michael Bentyn: New album almost always means new tour. What about your shows in Europe, are there any booked venues on festivals we can expect your apperance or is it top secret right now?

Ross Dolan: No, right now the only thing solid we have is we are starting touring in the US in february when the album is out witch Max and Igor Cavalera during Roots Reunion thing, we are gonna be part of that, what is really cool for us, we are excited about that, and the in april we come to Europe and play a bunch of shows for 3-3,5 weeks with Vader, so that is gonna be awesome, ‘cause you know, we love the Vader guys. Peter and I have been friends for like almost 30 years, he is like really close friend and just a super cool guy. Also we hope to do some festivals in the summer, and we will be back probably in the end of the year for another full tour, so we should be busy, and we should be in Europe for a couple of times with this new record, so yeah, we are excited about that.

Michael Bentyn: Immolation is here for almost 30 years for now, after all the time what is giving you so much power to continue running this band after so many years, what constantly makes you want to go out on the stage and kick asses? Have you ever had any moments of weakness?

Ross Dolan: I think we enjoy it, we’ve always enjoyed it. This is the one thing in our lives we take a lot of pleasure in doing and it’s always been like that for us. I think it’s because it’s never been a job for us. It’s different if the band is your job, when it’s a business, you’re working, and all that enviroment, but it never been like that for us. We always had full time jobs at home, so when we left on tour we do everything for the band and it’s always something we really looking forward to. We enjoy what we do, we love creating just dark, haunting music, which is very huge and dark, majestic way. We always try to have fun doing it, we enjoy touring. The most fun part of it is touring, because we finally go out and share our music to the fans. To me it’s nothing like live music, the power, the intensity and just the vibe. It’s like nothing else in the world, such a great experience. We love like the every aspect of it so it’s never really getting old, routine for us. You know, it has it’s moments, sometimes is difficult to balance the both worlds, the music world and our personal lives, sometimes the road can be really tiring. Despiste all of that it’s something we are very passionate about at the end of the day, and I think that’s why it works and has worked for almost 30 years. We still enjoy it.

Michael Bentyn: And according to that what can you tell to young bands who just have started their adventure on the local metal scenes?

Ross Dolan: I would just say have fun with it, most of all, enjoy it, have fun. Try to stay passionate about it, try to create something fresh and new, and, you know, be true to yourself, don’t play stuff you are not happy with, write from the heart. Also have realistic goals, unfortunatelly this is not the kind of music you get into to make money, to be successful, this is the kind of music you really get into because you enjoy it, you’re very passionate about it, so I would just tell the fans to try create something that is your own. Your own identity as a band is probably the most important thing, especially today when you have so much access to the whole world on the internet, so there is millions of bands as oppose to handfull when we started, so it’s very hard for the band to get out there and shine. So I would just say to this band to be realistic in their goals, have fun doing it, and try create something from the heart, not because someone else is doing it.

FacebookTwitterInstagramYoutube
Do NOT follow this link or you will be banned from the site!